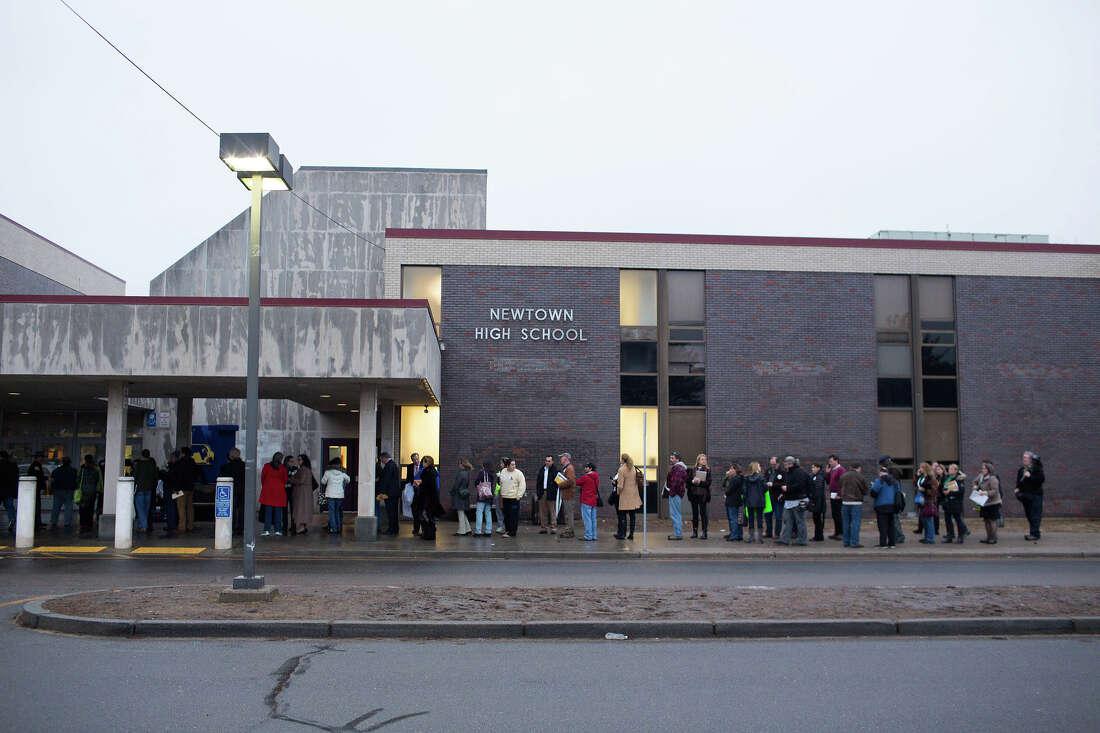 NEWTOWN – A series of fights at Newtown High School, which led to the arrest of 12 students, began with “hearsay”, police say.

“It wasn’t gang-related or anything – it was a teen drama,” Police Chief David Kullgren told Hearst Connecticut Media.

He said the altercations began on March 16, when a group of girls started fighting in the hallway.

“One of the girls thought another girl was talking about her and (they) faced off in the hallway,” Kullgren said.

The police department’s call log for that day shows a reported high school argument at 11:14 a.m.

Two more fights took place at the school — one Monday and another Tuesday — both of which stemmed from the first incident, according to Kullgren.

After Monday’s scuffle, school officials decided to tighten security in the school building, especially in common areas and bathrooms.

Newtown High principal Kimberly Longobucco said it helped the school respond quickly to a third change that came on Tuesday.

Police responded to a report of a high school dispute at 10:53 a.m. that day, according to the Newtown Police Department’s March 22 call log.

Kullgren said school staff intervened in each of the fights and a teacher was pushed during one of the altercations, but no one was injured.

“No medical services were called and no injuries were reported to the scene,” he said.

After an investigation, school resource officers issued minor summonses to 12 students on Wednesday. A summons for a minor “always counts as an arrest”, according to the state website.

They were charged with second degree breach of the peace and one of them was also charged with third degree assault.

Police said the application of juvenile charges was deemed appropriate “due to the particularly aggressive nature” of the incidents, and noted that the students involved “chose not to take advantage” of the multiple avenues available to report and support peer conflict resolution.

“The big message here is that the school board and the police department will not tolerate this kind of activity in Newtown schools,” Kullgren said. “We want a safe and secure environment.”

Longobucco said the incidents led school officials to revise the behavioral expectations of students during morning announcements, and that the school will continue to hold the students involved accountable.

Students are asked to refrain from posting anything related to the fights on social media.

“This escalates the situation, has the potential to interfere with an ongoing investigation, and may result in additional consequences, not limited to suspensions, loss of extracurricular activities,” Longobucco wrote in a letter to the school community tuesday.

The school will continue to assess safety measures with law enforcement if necessary, she said, and students concerned about the behavior of others can report it to an adult or use the Anonymous Alerts app. from school.

Posted on Newtown High School’s Facebook page on Thursday morning, it was reminded that all students must abide by the school’s code of conduct and that “fighting, arguments and aggression will not be tolerated”.

The post office said the school staff and administration “know that we have great students and that the past two weeks are not representative of who we are as a school.”

2022-03-24
Previous Post: Fox’s Best Comedy Drama Series That Only Lasted One Season According To Fans
Next Post: Portugal survive penalty drama to beat Turkey and stay on course for World Cup