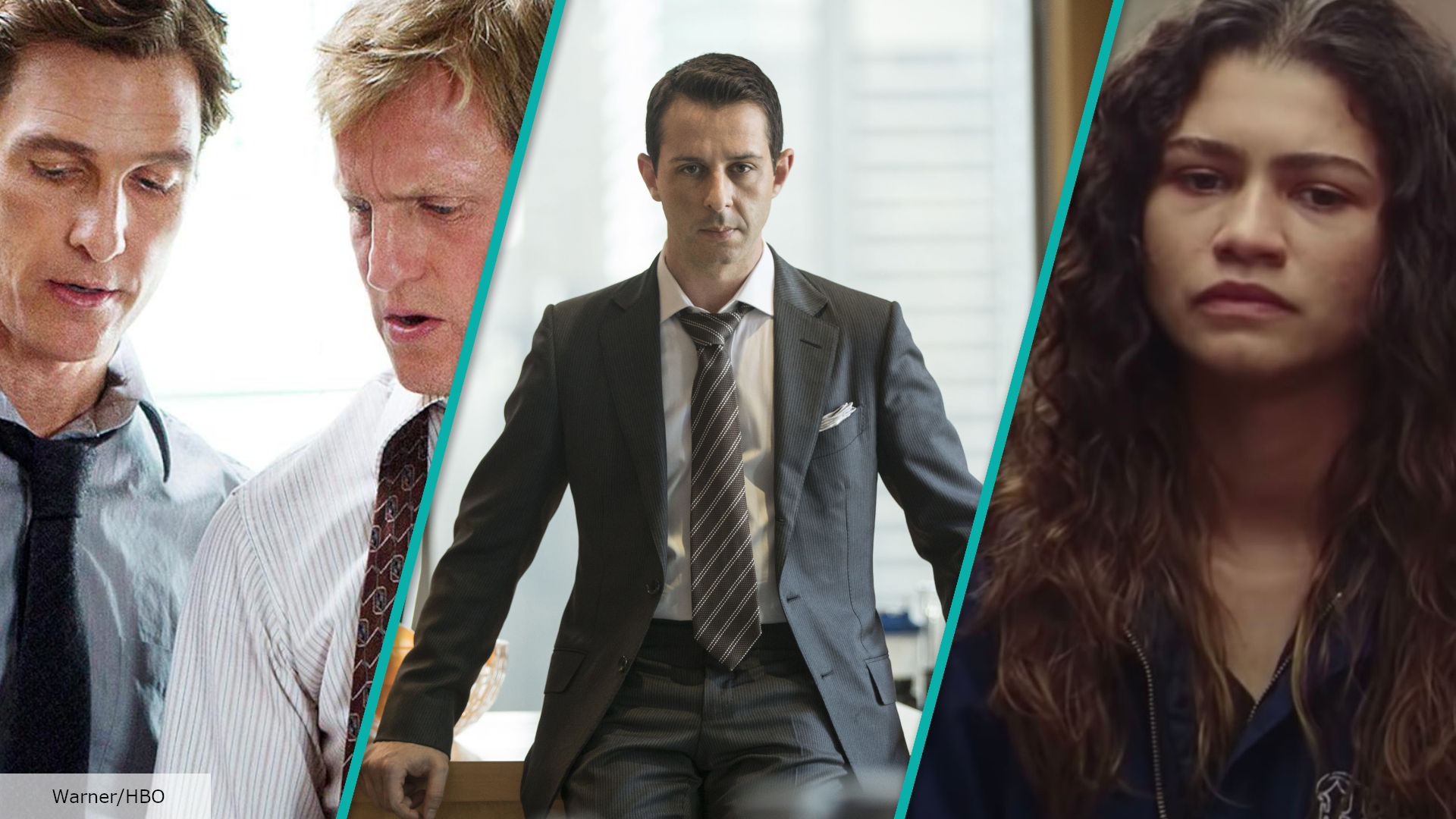 The best drama series – from Succession to Euphoria

What are the best drama series of all time? The scope of such a broad TV series genre is incredibly wide, with virtually anything that doesn’t intend to provide comedy technically fitting the bill of a drama series. Especially with the rise of streaming services like Netflix, which can invest millions of dollars in original content, the competition to make this list was fierce.

For the sake of argument, we also decided to exclude anything that could be classified as a sci-fi series, and tried to focus our attention on the more grounded TV shows. What struck us most when compiling this list was the incredible increase in the quality of drama series over the past decade, as television really began to rival the cinematic experience on the big screen. Indeed, we’ve seen high-concept stories, high-profile creators, and high-profile actors become more mainstream on the small screen.

There will inevitably be a few shows that weren’t on our list that many people hold in very high regard, but the omission of popular drama series like The Wire and The Sopranos proves how high the bar has been set by TV more recent. shows.

The best drama series are:

Might as well end this list here, because no television series, whatever its genre, can compete with Succession. From the meticulously perfect writing, to the impeccable acting of the entire cast, and the jaw-dropping tension of every episode, there’s nothing quite like Succession on TV today.

What’s so remarkable about Succession is that every season, and even every episode, you constantly think to yourself, “surely this can’t keep getting better”, but it’s absolutely the case. With the jaw-dropping drama that quickly escalates as the Roy family’s story unfolds and alliances are formed and broken, you’ll realize that each character is a despicable, selfish person; but we love each of them that much more because of it.

From the endearing bond between Tom Wambsgans and Cousin Greg, to the ruthless business titan of Brian Cox, Logan Roy, and all the Roy siblings in between, the ever-changing dynamics of this show’s many characters are a joy to watch. We can’t wait to see what mayhem awaits us in Season 4. 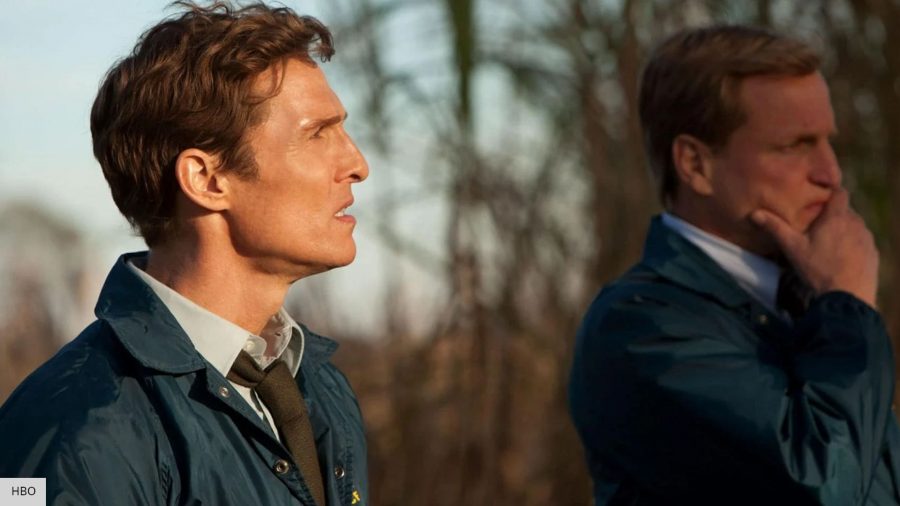 When True Detective first hit our screens in 2014, the stakes were well and truly raised when it came to crime dramas. This show is arguably one of the pioneers of the great cinematic era of television we know today, with huge movie stars Matthew McConaughey and Woody Harrelson leading the way in the first season.

This first season of True Detective is one of the best TV seasons ever made, with No Time to Die director Cary Fukunaga directing the eight-episode hell. A veritable feast of shocking twists, grizzly murders and Matthew McConaughey at the height of his McConaughey.

The only problem with True Detective is its divisive second season, which moved on to an entirely different cast of characters and a new storyline. It wasn’t a terrible season in all honesty, but it’s a season that certainly suffered from being recognized under the same tag as the original, perfect season. 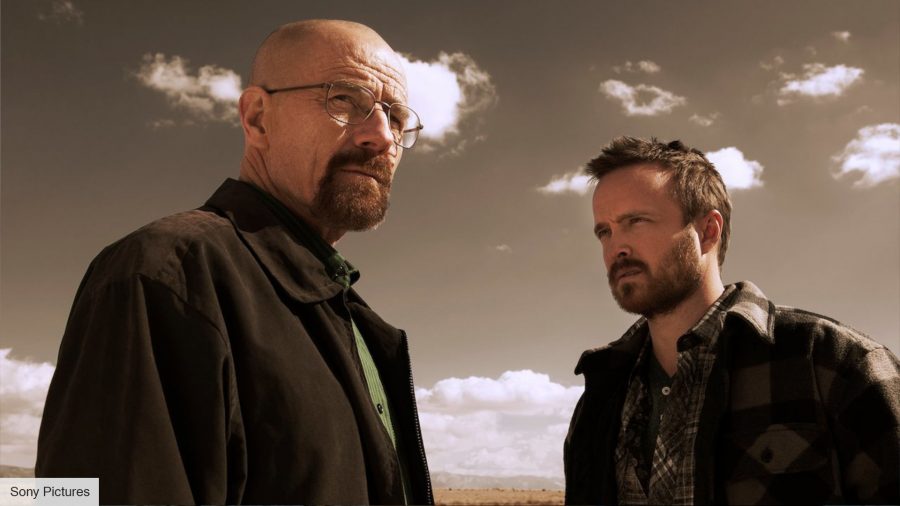 What about Breaking Bad that hasn’t been said yet? This crime drama series has long been considered one of the best, if not the best, television series of all time, and will likely continue to be part of that conversation until the end of time.

Despite all the hype and acclaim Breaking Bad receives, it has to be said, it truly deserves its place among the pantheons of great drama series. The blistering journey of Walter White and his sidekick Jesse Pinkman offers tension, explosive drama, comedy and its fair share of emotional moments.

Bryan Cranston is in his life form as a science teacher turned drug lord, and is certainly one of the greatest television characters ever created. You can still watch the entire Netflix series on the streaming platform, as well as spin-off thriller El Camino. 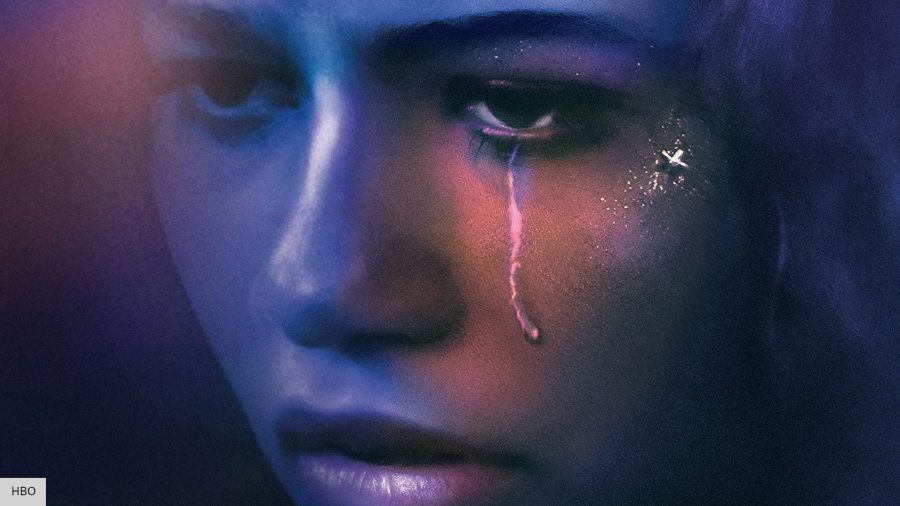 Euphoria is the hottest TV show in the world right now, with audiences still abuzz after the frenzied Season 2 finale. The series, helmed by Spider-Man: No Way Home star Zendaya, follows the trials and tribulations of the most troublesome and dramatic group of teenagers we have ever seen.

As Rue, Jules, and the gang navigate love, drug addiction, and the general stress of high school, we see bonds develop and rifts emerge between the various characters, and it’s thrilling to watch. The show not only has compelling stories, but also features some of television’s best music, gorgeous cinematography, and iconic costumes.

There’s still so much to unravel from the Season 2 mess, and Euphoria Season 3 has already been confirmed, but we just wish it hurried and hits our screens soon! 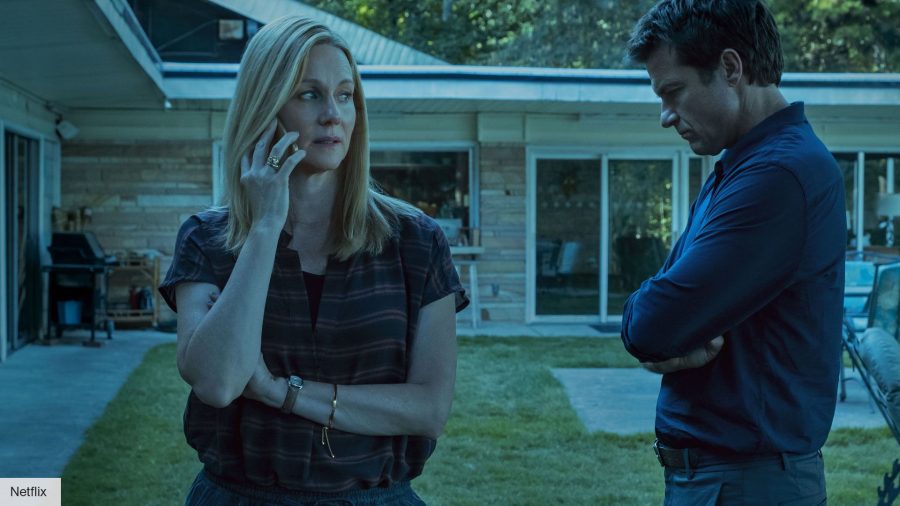 Jason Bateman may be best known for his work in comedic films like Horrible Bosses, but when put on a dramatic stage, the actor proves he’s so much more than just a funny guy in a shirt and chinos. . In Ozark, Bateman plays Marty Byrde, a lowly financial adviser forced into a life of crime and money laundering.

While the Netflix series draws inevitable comparisons to Breaking Bad, for its portrayal of a normal man thrust into exceptional circumstances, Ozark gives us much more than a counterfeit Walter White. The supporting actors here also do an incredible job, with Julia Garner and Laura Linney in particular absolutely shining alongside Bateman. 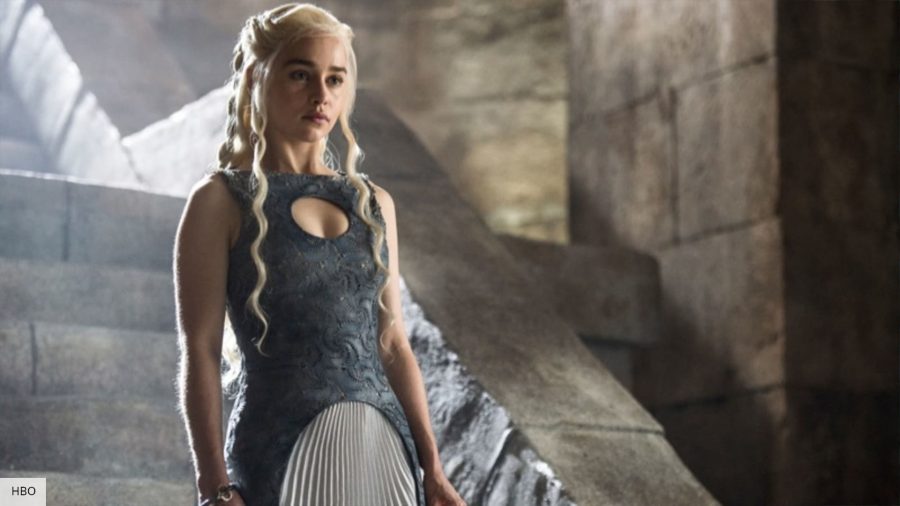 Game of Thrones is another show that needs no introduction and usually ends up in most lists of the greatest TV series of all time. While the final season took a bit of a beating from critics and audiences alike for how it rushed through the epic story’s conclusion, the first seven seasons are undeniably brilliant.

A show that introduced us to a whole host of amazing Game of Thrones characters and then killed off most of them in typically bloody and brutal fashion, this historical fantasy series really had it all. From dragons and ice demons to sinister monarchs and brave warriors, Game of Thrones has brought George RR Martin’s books to life in spectacular fashion. 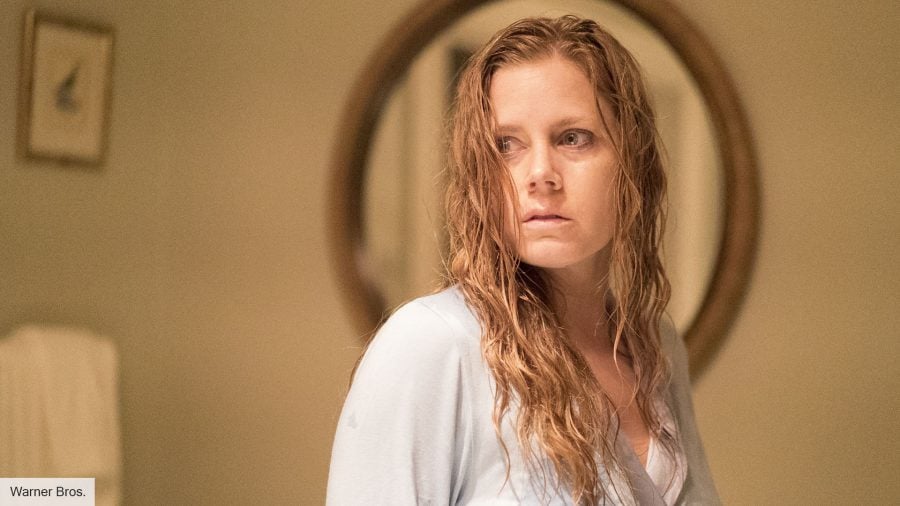 Although we’ve only had one season of Sharp Objects, the limited series is another shining example of the current era of cinematic television, with A-list star Amy Adams moving to the small screen for one of his best roles. Based on the book by Gillian Flynn, who also wrote Gone Girl, this shocking story is made for absolutely gripping television.

Adams plays crime reporter Camille Preaker, an alcoholic recently released from a psychiatric hospital, who returns to her hometown to investigate the murder of two young girls. Camille’s problems only get worse as she begins to lose control again and is forced to face her own personal demons while trying to figure out the mysterious murders.

A real page-turner: The best movies based on books

It’s a drama with a mystery and thriller side to it, and Sharp Objects certainly packs a psychological punch, so if you like your dark and gritty dramas, this one’s definitely for you! 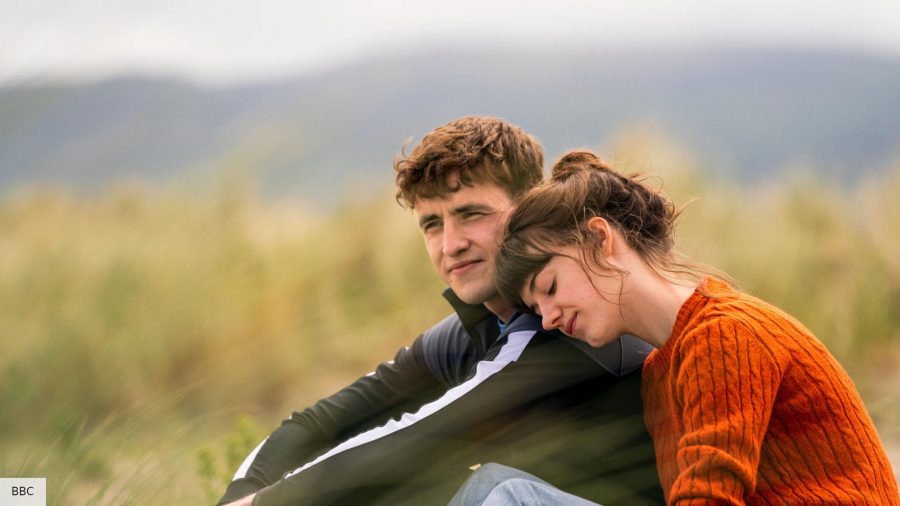 It’s time to pay some attention to the BBC. As an undeniable hotbed of British drama, the studio has given us some wonderful TV series over the years. In the last few years alone the BBC has really spoiled us, with the limited series Normal People, a prime example of the quality content provided by the ‘Beeb’.

Say you love me: The best love movies

If you like corny love stories, be warned, this doesn’t have to be a happy love story. But, Normal People is scrupulously realistic and poignant, and while it will break your heart, it’s worth it. 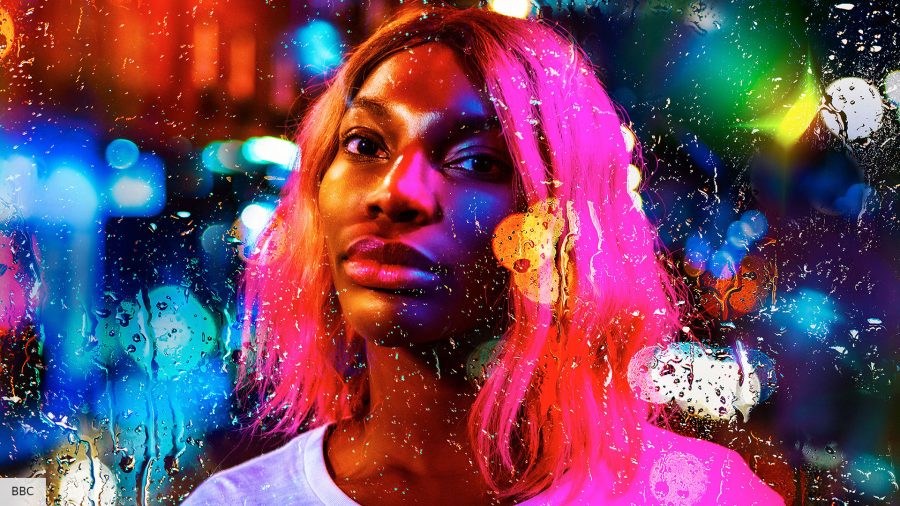 i can destroy you

When people talk about hard-hitting drama, I May Destroy You is pretty much the definition. The incredible one-woman creation comes from the mind of rising British comedian Michaela Coel, who also stars as young writer Arabella in the limited series.

When Arabella wakes up from a party with marks on her body, a violent headache, and no memory of the events that transpired, she begins to piece together a most terrifying trauma. Eventually, it emerges that Arabella has been drugged and raped, and the series culminates in confronting her with this very painful ordeal in the most creative way.

While that sounds heavy, there are also moments of levity in the series, with Coel delivering an exceptional balance of serious issues and an injection of his trademark comedy. 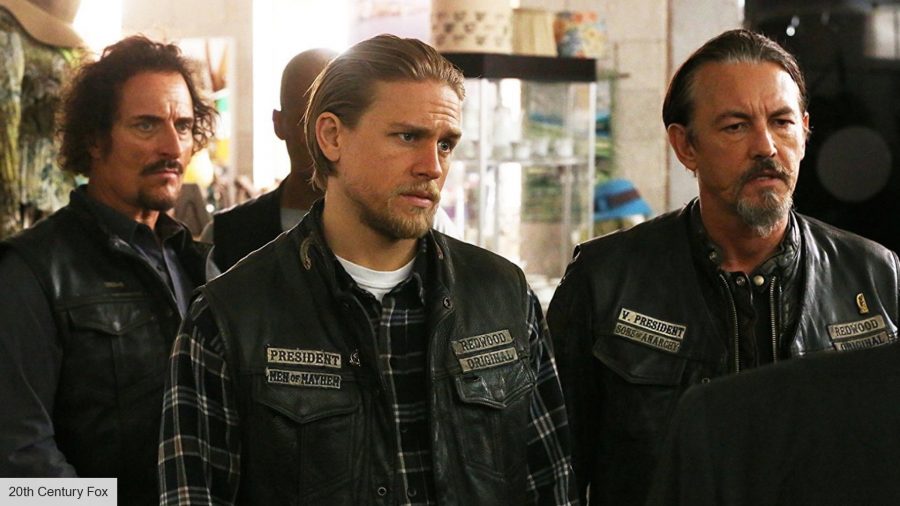 One of the oldest shows on this list, Sons of Anarchy is a violent, action-packed series about an outlaw motorcycle club in California that focuses on brotherhood, betrayal, and most importantly, The crime.

Over the course of seven seasons, Sons of Anarchy allows us to develop a great attachment to the Redwood biker brutes, led by Charlie Hunnam. But, just like with Game of Thrones, your favorite character is never safe, with many shocking deaths throughout the series.

Sons of Anarchy certainly has its ups and downs, with some seasons and plots not quite up to scratch. However, when at its best, Sons of Anarchy can rival any TV show for its tension, twists, and high-stakes drama.

If all that drama is a bit too much to handle, why not kick back and relax with some amazing anime series instead. Or, if you prefer to take it up a notch, watch the best action movies of all time.