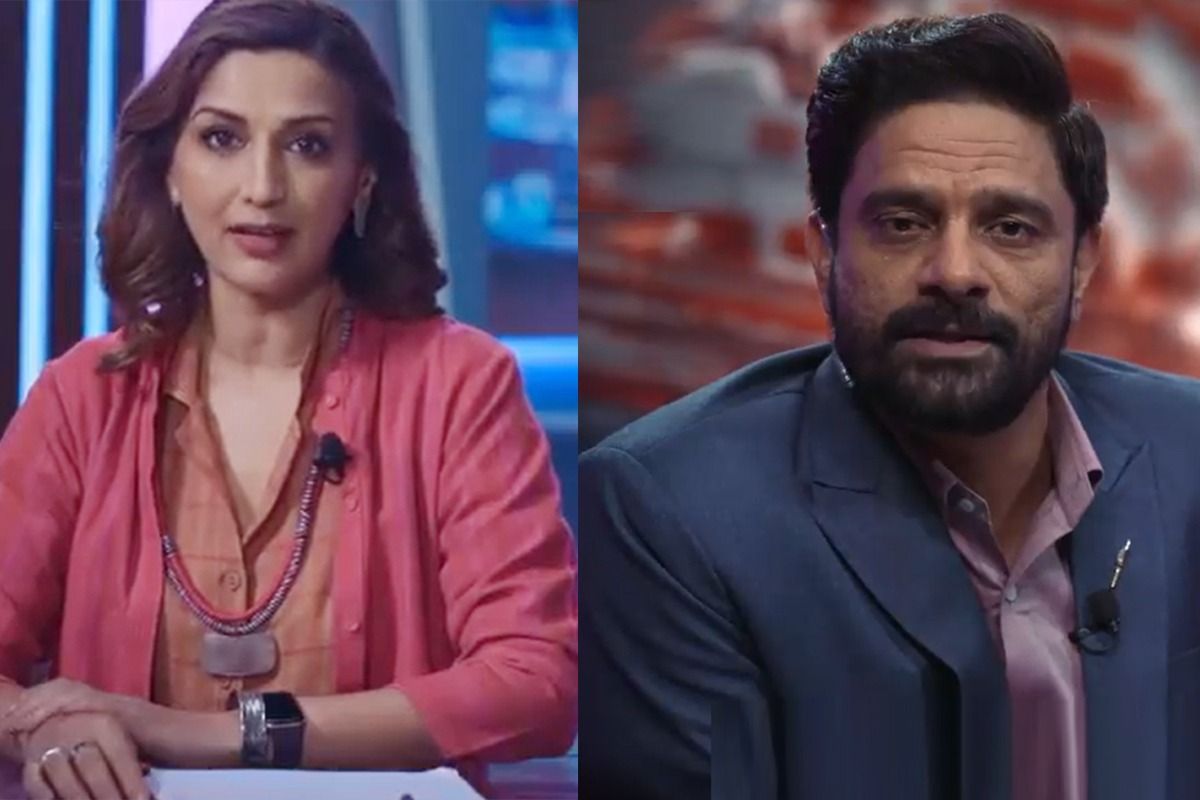 The broken news revolves around two rival news networks and reveals the lives, lies, love and struggles of a dynamic group of journalists. Awaaz Bharati is an ethical and credible news channel, led by editor-in-chief Amina Qureshi played by Sonali Bendre. Josh 24/7 News, run by Editor-in-Chief Dipankar Sanyal aka Jaideep Ahlawat, is India’s No.1 news channel according to the TRPs, but believes in brash sensationalism and invasive journalism. Between these two extreme characters is Radha Bhargava tried out by Shriya Pilgaonkar who believes in ethical journalism but is frustrated with the restrictions that follow. Read also – Sonali Bendre shares difficulties after cancer surgery: “I started walking despite 23 to 24 inch scars”

As seen in the trailer, “The Broken News” is the story of the clash of these two disparate worlds, their conflicting ideologies and their incompatible ethics. It shows the reality behind our daily news – the business and politics of it and the behind-the-scenes action as these journalists try to balance work, ambition and integrity, amid endless pressure to deliver “Breaking News”. Sonali Bendre expressed her excitement for her new project saying, “I couldn’t have asked for a better introduction to OTT platforms than with ‘The Broken News’ on ZEE5. I connected with the concept as soon as I heard it because it is so relevant to the times we live in. The whole team and my amazing co-stars Jaideep and Shriya made my return to the game an amazing experience. I’m so excited to share what we’ve created. Read also – RRR on Zee5: Know the date and time of Ram Charan – Magnum Opus of Jr NTR

Jaideep Ahlawat, known for his experiments with his characters, said, “I love exploring complicated and nuanced characters and Dipankar Sanyal is one of those dream characters. We’re worlds apart and maybe that’s why it was so fun to walk in his place. Also, it was a pleasure to collaborate with ZEE5 again and with BBC Studios for the first time. I am excited for the premiere of the show and am sure it will make a strong impression on the public conscience.

Shriya Pilgaonkar, spoke about working in meaningful stories and challenging characters saying, “A series like The broken news is incredibly relevant today. I love stories and characters that not only entertain but also raise poignant questions. Playing Radha Bhargav did exactly what made it personally very exciting for me. To add to that, it was an absolute privilege to work with Jaideep Alhawat and Sonali Bendre, two actors whom I greatly admire and can now call my friends. The broken news was a creatively rewarding experience.

The Broken News shows the dark side of the media

Director Vinay Waikul spoke about the politics of journalism, emphasizing, “We are all exposed to daily news, but few of us know what is going on behind the show. It’s a lot of politics, drama, lies, betrayals, sacrifices and compromises. The broken news is a story worth telling and I am grateful to have had the support of my producers, cast and crew to bring my vision to life. The broken news is like no other on Indian TV and I hope it will reach a wide audience.

Watch ‘The Broken News’ exclusively on ZEE5 from June 10.

For more updates on The Broken News, check out this space on India.com.