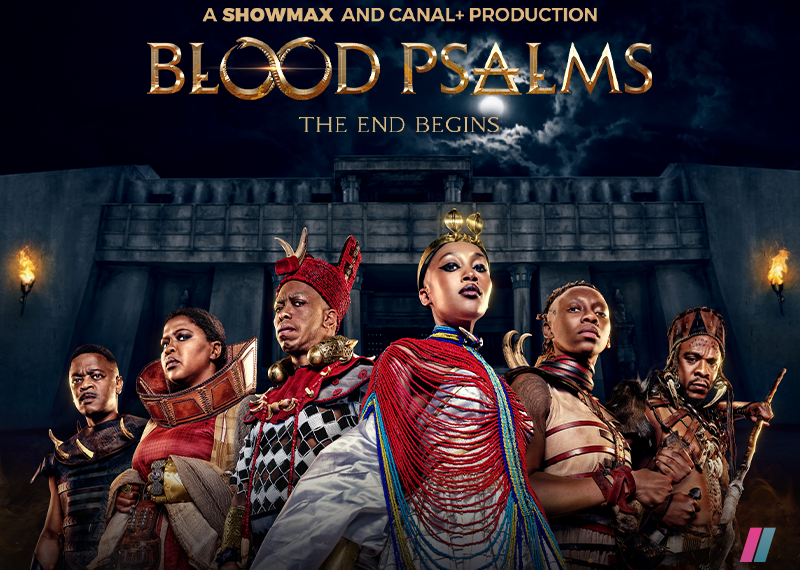 The drama series Blood Psalms, a Showmax Original, will air on September 28

blood psalmsa Showmax Original, and one of our biggest shows in Africa this year will launch on the streaming platform on September 28, 2022. The fantasy drama series is set 11,000 years ago in ancient Africa in a world of warring factions and magic.

“Blood Psalms is the biggest and most ambitious series we’ve ever done, completely unlike any other African series you’ve ever seen,” says Nomsa Philiso, Executive Director of Programming at MultiChoice. “We couldn’t be more excited.”

“This show was specifically created as a re-imagining of ourselves as Africans, as a response to ‘Who are we?'” explains Phelane. “It’s done in a very entertaining way, with lots of drama and action.”

“Blood Psalms is one hell of a course and it’s never been done before,” says Magano. “For Africans, most of the time our history goes back 200 years. That’s what we were given, and that’s from the Western perspective. We really don’t know anything about our own history. So Blood Psalms asks a lot of questions and will give a lot to think about.

Show creators Layla Swart and Jahmil XT Qubeka of Yellowbone Entertainment were responsible for South Africa’s entry to the 2020 Oscars, Knuckle City. The boxing drama was the most awarded film at the 2020 SAFTAs, where it took home six awards, including Best Director for Qubeka and Best Editor for Swart, and the most nominated film at the 2020 AMAAs, where it won two prizes.

“What we’re trying to do is reclaim the history of the continent from an African perspective,” says Swart. “Blood Psalms draws on elements from a multitude of African mythologies and examines various different tribes in Season 1 – the Akachi, Uchawi, Ku’ua, Chini and Greater Nziwemabwe – as they migrated to south from Kemet, which is now Egypt and formed their cultures.

Filmed in the Eastern Cape, Gauteng and North West provinces, Blood Psalms is a Showmax Original in partnership with CANAL+, the Department of Trade, Industry and Competition, the Eastern Cape Economic Development Corporation ( ECDC) and the MultiChoice Innovation Fund.

Watch the Blood Psalms trailer below;