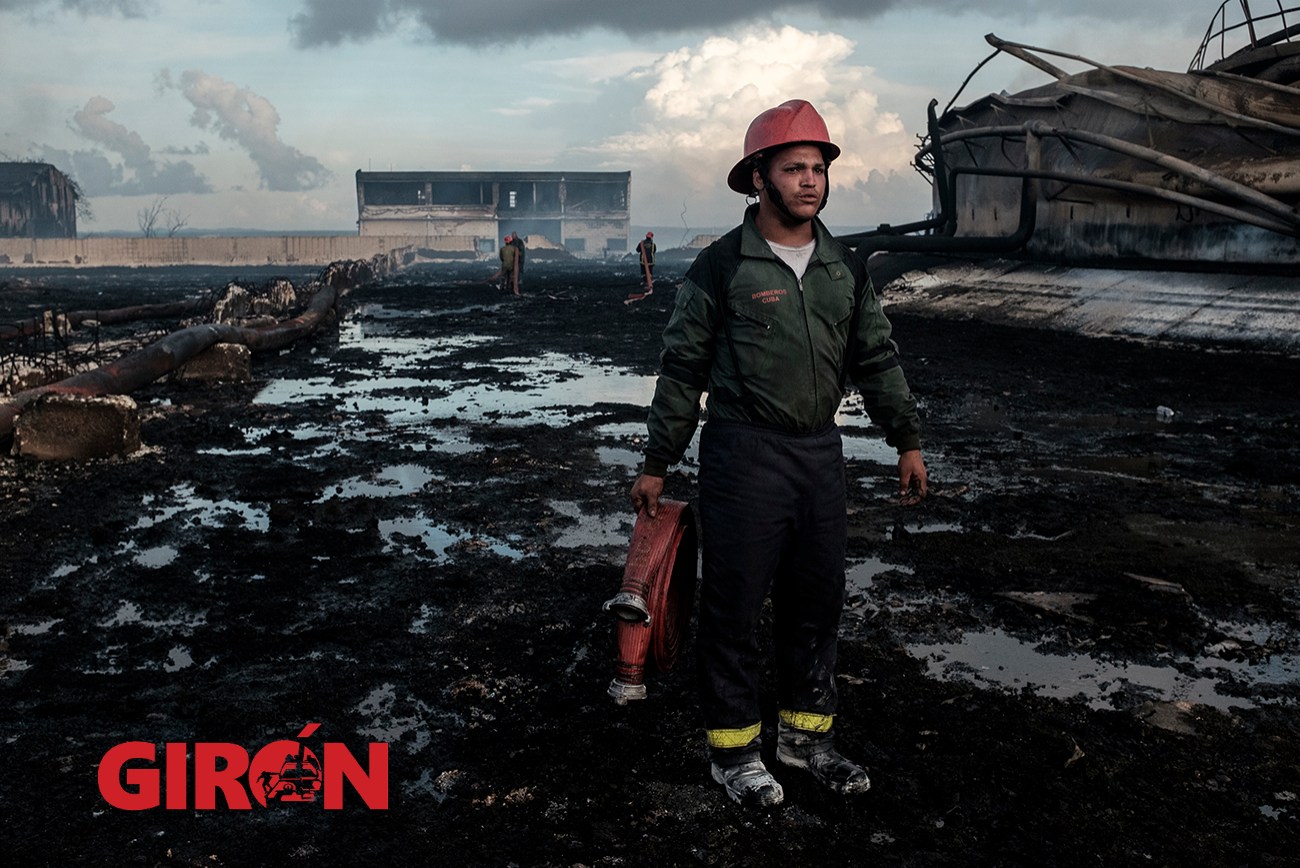 HAVANA TIMES — Skies have turned blue again over Havana and in the city of Matanzas, flames from the Supertanker base no longer rise above the horizon. However, the tragedy is still unfolding and the questions we are all asking remain unanswered. Why didn’t the lightning rod system work? Who ordered the bringing in of inexperienced youths from military service to try and put out the flames? What is the scale of the environmental disaster caused by this incident?

Faced with each tragedy, questions pile up and the detailed results of the investigations are rarely published. With the plane crash that occurred in May 2018, few generalities were offered about its cause and we had to settle for a vague official statement that placed the blame for the accident on the crew. We are still awaiting the experts’ report on the Saratoga hotel explosion from over three months ago, and there is also no realistic analysis of the number of lives lost on this island so as not to having accepted, at the worst moment of the pandemic, covid-19 vaccines from the Covax fund.

The regime’s lack of transparency is matched only by its ineptitude. The mixture of secrecy and inefficiency of this system proves deadly for the Cubans. The violation of minimum security protocols, the triumphalism that makes people believe that it is possible to achieve certain objectives when the minimum conditions for achieving them do not exist, and the stubbornness to carry out projects “at any prizes” take lives every day. day in this country. Lives for which no one is responsible because the impunity of those who put an end to them is absolute.

Unfortunately, this type of disaster will become increasingly common in Cuba, as the inefficient and centralized model imposed six decades ago cannot properly handle the challenges posed by our reality. They gloss over numbers, tidy up press headlines, inflate productivity reports, skip security measures to shorten the time to undertake a job, blame third parties for their mess, and hide from their power to do not pay so many disasters. they provoke themselves with their dismal performance.

It’s not just about strengthening infrastructure, improving lightning protection, better managing cargo in an airplane hold, or thoroughly checking a hotel’s gas supply line. The most important thing to save our lives is to eliminate this system as soon as possible and get so many incapable and untouchable leaders out of their seats.

It was not a thunderbolt that caused the Matanzas disaster, but rather the deadly essence of this broken and cruel system.