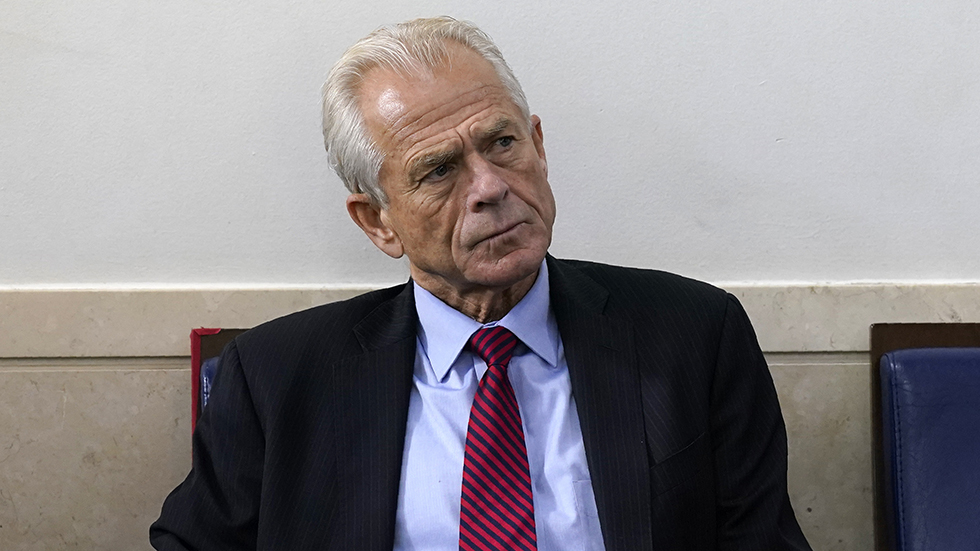 The Memo: Navarro drama raises the stakes for January 6 hearings

The drama surrounding the Jan. 6 committee’s work escalated on Friday with news that former Trump adviser Peter Navarro had been indicted on two counts of contempt of Congress.

The charges, each of which carries a maximum fine of $100,000 and one year in prison, stem from Navarro’s refusal to cooperate with the House panel’s investigations.

The new twist comes as the committee nears the start of public hearings. The first such event is scheduled for Thursday.

Navarro, who initially announced his intention to defend himself on Friday, lambasted the work of the committee and the manner in which he was arrested.

During his court appearance, he complained, “Who are these people?… This is not America. I mean, I was a distinguished public servant for four years and no one ever questioned my ethics. And they treat me that way.

Shortly after, speaking to reporters, he said he was “picked up” en route to Tennessee and placed in handcuffs and “leg irons”. He also sought to suggest that his fate was merely a consequence of his support for former President Trump.

“They’re not coming for me and Trump. They’re coming for you,” he said, detailing the roughly 74 million people who voted for Trump in the 2020 election.

In fact, Navarro has been at the forefront of spreading false theories of voter fraud. He was also the leading proponent of a strategy known as the “Green Bay Sweep” which sought to reverse the election outcome.

Navarro’s next court appearance is scheduled for June 17, when the January 6 panel’s public hearings will be well underway.

The effectiveness of these hearings will be judged by two quite different criteria: the material information that will be uncovered and the likely political effect.

On the one hand, the importance of an investigation to examine such a serious attack on American democracy seems self-evident.

In April, Rep. Jamie Raskin (D-Md.), a member of the committee, promised that the public hearings would “really blow the roof off the House.”

On the other hand, there is deep skepticism, even among those who support the work of the committee, that the hearings will move the political needle.

This skepticism is rooted in the reality that there is already a lot about the insurgency.

Former President Trump was impeached 17 months ago for his role in inciting the riot. Given that a significant minority of the general population – and a large majority of Republicans – continue to have a favorable opinion of the former president, there is no obvious reason to believe that the hearings will change their minds.

“Nothing they’re proposing is going to change Trump or Trump’s base,” said Allan Lichtman, a history professor at American University and author of a 2017 book arguing for the president’s impeachment. the time.

“Look at all the stuff that’s come out and, if anything, Trump’s approval has gone up, not down.”

Lichtman argued that critics of the former president are being overly optimistic in thinking the impact of upcoming hearings could be analogous to the Watergate hearings in 1973 and 1974 that shocked the public and resulted in President Nixon’s resignation.

In today’s hyper-polarized media and political environment, he added, Trump and his supporters will “just say it’s a witch hunt” — and largely escape the political consequences.

“Hearings will provide much more depth and intentionality in terms of what the public knows,” he said. “Having that on file and having more knowledge is a good thing. Whether this affects anything politically is quite doubtful. So many things happened in front of everyone’s eyes.

Democrats can at least hope the hearings will draw public attention to Trump, the insurgency and the complicity of other Republicans. Such topics are, if nothing else, more fertile ground for President Biden’s party than current issues such as inflation, soaring gas prices and a shortage of infant formula.

But Republicans will do whatever they can to blow up the committee, just like Navarro did on Friday.

The only other person charged with refusing to comply with a subpoena in similar circumstances – former Trump chief strategist Steve Bannon – used his initial court appearances in the same way, promising that his accusation would end up being “the offense from hell for Merrick Garland, Nancy Pelosi and Joe Biden.

With Navarro and Bannon indicted and public hearings looming, another act of insurgency drama is about to begin.

But most of the audience has already decided who the heroes and villains are.

The Memo is a column reported by Niall Stanage.

2022-06-04
Previous Post: The latest episode of the drama series Ishq e Laa received a massive response
Next Post: High drama in Epsom opener as William Buick is hit in the head by a rival horse | Horse racing news