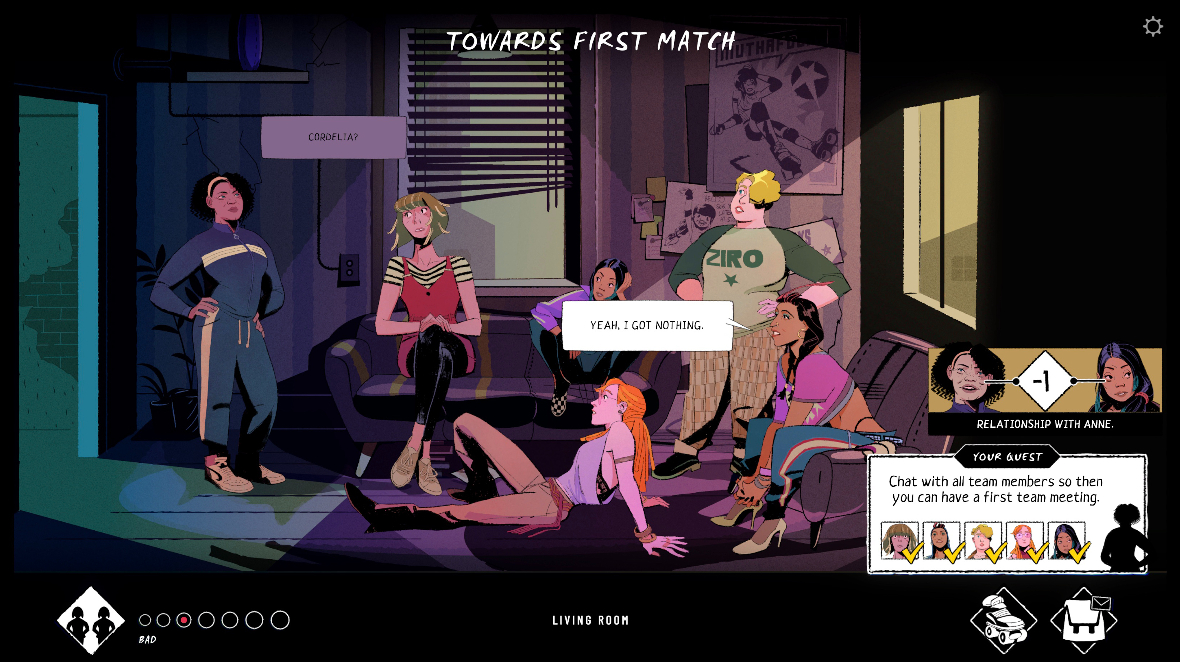 The Roller Drama will play on PC, console and mobile in 2023

If you enjoy playing your games on PC or mobile, chances are you’ve come across football drama, the first commercial title from Open Lab Games. Soon, that same team will reach out to a wider audience, giving PC, mobile, and now also console gamers the chance to enjoy the spiritual sequel – Roller Drama.

Roller Drama will focus on a roller derby team, as you try to prove they’re the best in town, while a societal collapse unfolds around you. The game is set to launch in early 2023 on Switch, PC, iOS and Android, with PlayStation 4 and 5 alongside Xbox Series X versions | S and Xbox One which will drop later.

The main objective is to lead a team of Roller Derby athletes to victory using real-time strategy and controls to crush the competition. Outside the ring, you’ll have to deal with five big personalities struggling with friendship, heartbreak, and the gradual collapse of late capitalist society. Your choices and the outcome of each match will affect the ultimate fate of the team.

The main features of Roller Drama games include:

“After our first story-driven football drama, we wanted to take everything we had learned and push the boat even further,” said Pietro Polsinelli, lead designer at Open Lab Games. “From the hand-drawn visuals to the bold genre mashup, Roller Drama is hugely ambitious and bizarre. Our goal is to give players a sporting triumph they wouldn’t find anywhere else!

Well, keep abreast of how this Roller Drama unfolds, but expect to see it fall on PC through Steammobile and Switch in early 2023, followed soon after by Xbox One, Xbox Series X|S, PS4 and PS5.