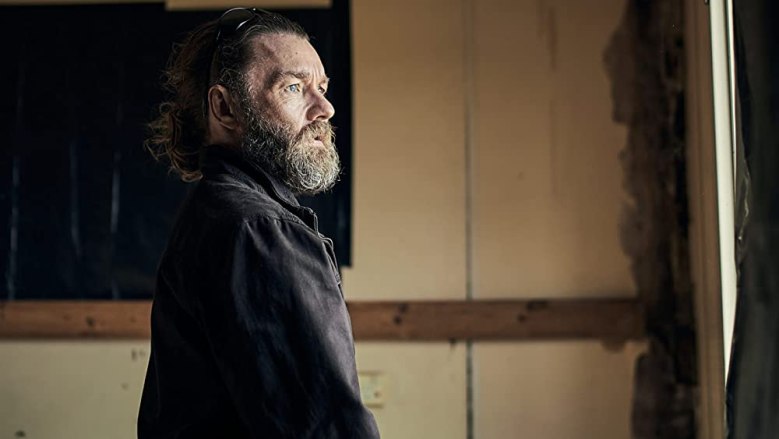 Cannes: The premiere of Thomas M. Wright’s Un Certain Regard joins a long line of dark Australian crime dramas, with an often frustrating and lighter twist.

Joel Edgerton’s drawl asks us to “breathe the black and black air” over an image of police officers combing the tall grass in search of something. Or someone. That’s how “The Stranger” opens, asking the question of how much darkness we’ll need to breathe out over the course of the film. Thomas M. Wright – best known for playing the sexy and traumatized love interest of Elisabeth Moss in Jane Campion’s ‘Top of the Lake’ – offers a second directorial outing that fits right in with the wave of early Australian directors that emerged with crime drama revolving around the darkest of human actions.

Compared to David Michôd’s “Animal Kingdom,” Justin Kurzel’s sadistic “Snowtown,” and Mirrah Faulkes’ vaudevillian “Judy & Punch,” this is a relatively simple and dark affair. Through locations that jump between Queensland and an unnamed expanse of South Australia, Wright draws a tasteful veil over macabre detail in which some of the above elements would have marinated. Instead, the filmmaker focuses on setting up some kind of story before pulling the rug out to reveal something utterly, well, alien.

On the strangers note, it’s initially impossible to tell if this term is designed for Mark (Joel Edgerton) or Henry (Sean Harris). British actor Harris has steadily cornered the market playing deeply disturbing characters over the years. He has, as they say in the UK, “something of the night about him”, with protruding button eyes staring up at an impenetrable face and a long, wiry body, like a praying mantis. We meet Henry, sporting a sparse beard, as he pounds a treadmill in complete darkness. There is a mutual attraction between Henry and Paul (Steve Mouzakis), a low-level criminal operator, after the pair meet on a plane. Henry doesn’t want to talk about who he is and Paul doesn’t want to know.

Creepy underworld characters meet the couple in hotel rooms to brief them on the missions. The audience is aligned with Henry’s perspective of having no idea of ​​the material function of his tasks. He’s just grateful to have a job, which involves guiding Paul in sending mysterious brown envelopes to mysterious men in mysterious places. Harris channels a humor born out of his particularly eerie screen presence, responding to a highly threatening job offer with a flippant, “Yeah, why not?” Here’s a man who just ties himself to an unknown criminal organization with a slight shrug of the shoulders.

There’s a quivering force in Wright’s decision to keep us on a need-to-know basis for the duration of the first act. When a shaken Paul has to be expelled from the country, it is unclear whether it is a Stalinist “disappearance” or simply a family tie. Mark steps into the breach as Henry’s immediate superior. Paul urges Henry to “trust Mark” – advice that cuts another way once “The Stranger” reveals his true identity.

Mark and Henry’s relationship oscillates between collegial and particular. It’s designed to intrigue audiences, but since character detail is sparse, the supposedly pregnant silences fall a bit flat. We learn that Mark is a single father and hear the opening voiceover again as he teaches his child to meditate. It’s safe to say it’s Mark who urgently needs to let go of the negativity, as we see his frayed temper come out at home. Henry is a much cleaner slate. He was in prison and doesn’t want to go back. He lives alone and has few attachments.

The tempo begins to slow after the big reveal that precedes the second act. Wright’s choice to play his hand – a staggering, stranger-than-fiction hand – in a muted way means there’s not much to do for the mood other than to offer: “More the same thing, now from a different point of view!” Cinematographer Sam Chiplin delivers a visual language characterized by dimly lit beige rooms, gray asphalt under a speeding car, and the bleached yellow grass of the plains of southern Australia. Initially, it looks like a suitably lackluster creative decision, but as the real story takes over from the Macguffin and busy moments depend on, say, a slowly spitting fax from a printer, this visual language becomes underdeveloped. .

Perhaps the best thing to say about “The Stranger” is that he understands the strength of tragedy at his heart. In Greek myth, Perseus battling the gorgon Medusa knew not to look her directly in the eye for fear of being turned to stone. Wright offers haunting details without showing us all the monstrousness of his sad story. There are nuances of David Fincher’s “Zodiac” present in both the beige-tastic aesthetic and the portrayal of the obsession’s personal toll.

Where Wright’s lackluster script allows, Edgerton does some of his best work, especially near the end of the film. The last scenes are indeed very strong, as the hushed atmosphere gives way to the story’s latent emotion. Had Wright focused on letting those emotions ebb and flow throughout the runtime, this could have been a truly devastating film. As things stand, this is a curious and slightly disappointing offering. Even so, falling flat following a foul understatement is a promising event in a genre dominated by obvious signaling, and Wright is certainly one to watch for going forward.

“The Stranger” premiered at the 2022 Cannes Film Festival. It is currently seeking distribution in the United States.

2022-05-20
Previous Post: The HBO vs. Netflix staircase
Next Post: Drama and atmosphere should be the only measures of stadium wars in Australia | sports australia