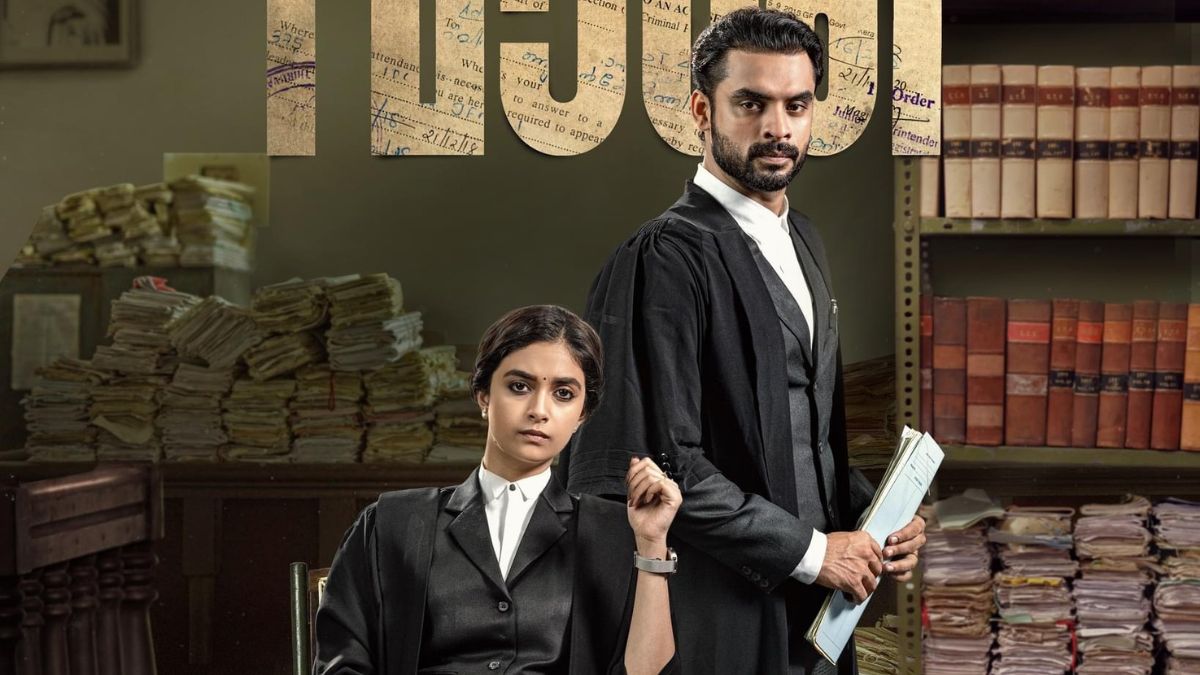 Tovino Thomas in a thoughtful and engaging drama

Court dramas are always intense, but how often are they moving enough to reflect your personal life? Well, Netflix’s Latest South Indian Release Vaashi does exactly that. Directed by Vishnu G. Raghavi, the script of the film is written by Janiz Chacko Simon and Raghavi himself.

The cast includes Tovino Thomas as Ebin and Keerthy Suresh as Madhu as the main protagonists alongside Kottayam Ramesh, Maya Menon, Baiju Santhosh, Rony David Raj, Anu Mohan, Anagha Narayanan among others. The film is produced by G Suresh Kumar along with Menaka Suresh & Revathy Suresh and has a running time of 123 minutes.

Vaashi: a world painted in gray

by Netflix Vaashi tells the story of Ebin and Madhu, two lawyers struggling with their own decisions and life’s dilemmas. The two friends, who also turn into partners over the course of the film, are bewildered by a case that puts them both at different ends inside the court. As prosecution and defense, Ebin and Madhu fight a case that not only changes the course of their clients’ lives, but also affects them in profound and inevitable ways.

With the struggle of ego and power at its core, Vaashi puts a different spin on the trope of a courtroom drama giving us stiff yet understanding characters and a case where no one is right or wrong.

Raghavi’s latest film is a treat not only because of the intense courtroom scenes shared between Suresh and Thomas, but also because of the scrutiny of the lawyers’ lives. Unlike most court dramas that put the plaintiff and the defendant at the center, this film revolves around everyone associated with the case, closing mainly on the attorneys involved.

Tovino Thomas is a talented genius whose acting skills lift the whole story. He is effortless in his portrayal of Ebin, going through a wide range of emotions and making us invest in him. Keerthy Suresh is a force to behold. She is imbued with an aura that is both charismatic and serious. Together as Ebin and Madhu, the chemistry these two actors share is overwhelming and hits just the right notes to help the tale air.

However, what shines best about this film is its script which is complex and thoughtful. On the surface, it might sound like another courtroom drama trope we’re used to from movies like Section 375 Where Pink. However, as the story progresses, the underlying themes of consent, desire, partnership, marriage, and innocence all thrive together to deliver a wholesome narrative that is fresh, unique, and memorable.

Until the end of the case, the public will surely pin their case on either candidate but, with the eventual reveal, the reality of the gray world we live in comes to life. The film’s final dialogue shared between Suresh and Thomas of the not always black and white world not only puts the perfect conclusion to the story, but also inspires you to look around and know the two sides of each part.

Read also : Shoorveer (2022) Ending Explained: Are the HAWKS Victorious? What is Sarah Up to Next?

Apart from being a drama that deals with courtship, crime and concise, at the end of the day Vaashi is a light and risk-free watch. It doesn’t painfully entice you to look at yourself in the mirror, but leaves you with an afterthought of whether you were delving into the nuances of life to better understand a story.

From the performances to the screenplay to the staging and the precisely added music that makes the story more fleshed out, Vaashi is the drama that puts society in perspective. It explores the fields of aggression and feminism but also shows men in a different light, one that we rarely get to see in the world of cinema.

You can look Vaashi now netflix. The film is available in Malayalam, Telegu and Tamil.