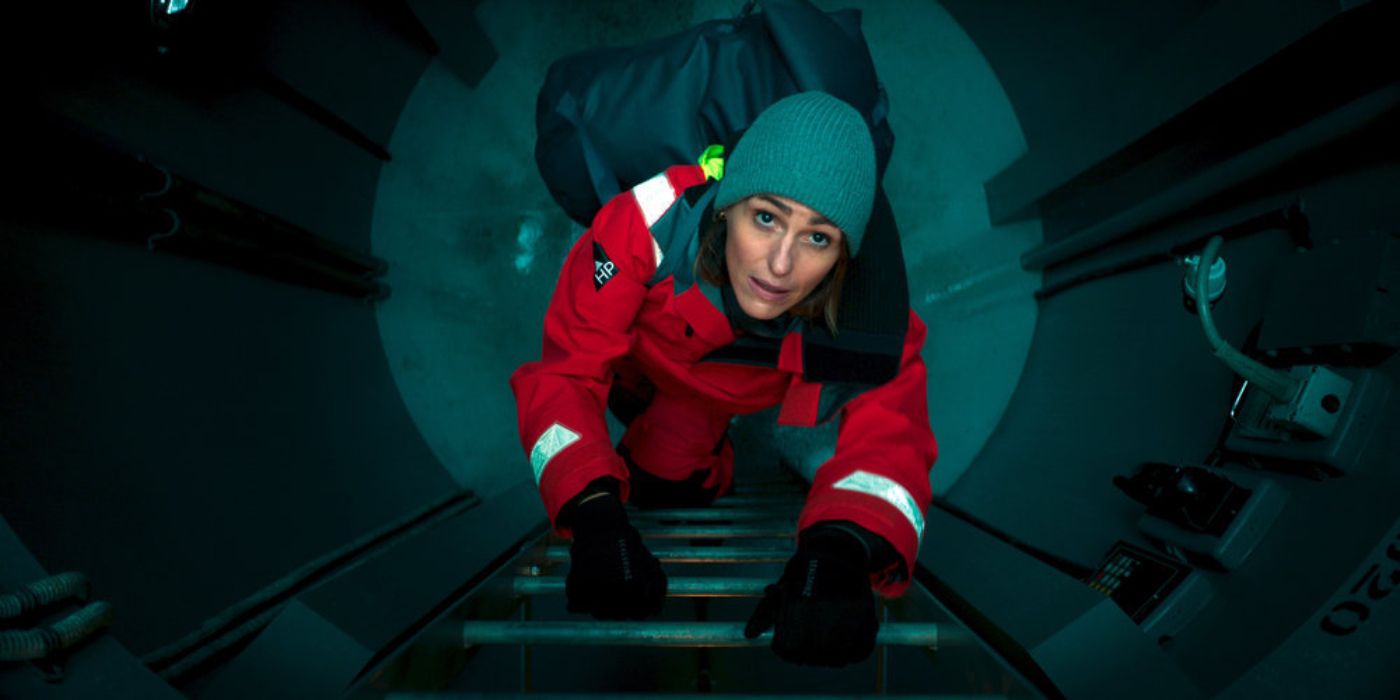 The BBC series will travel to Peacock later this month.

There’s something sinister just beneath the surface of new UK crime drama Vigil, an upcoming series to air on Peacock later in December.

The trailer opens with a singular mystery: the death of a crew member aboard the Trident nuclear submarine, HMS Vigil. After the death, initially recorded as an accidental overdose, Scottish law enforcement is called in to investigate. However, the investigation is complicated by the Army’s stipulation that the UK’s nuclear deterrent must not be broken during the investigation.

In the series, Suranne Jones plays the role of Chief Inspector Amy Silva, who questions the nature of the initial death aboard the Vigil. But her suspicions, which soon turn into a criminal act, will lead her into dangerous waters and new, unforeseen threats to her own safety. However, the mystery extends beyond a murder to culminate in a full-fledged plot that touches on the bewildering threat posed by nuclear-led military strategies.

VIDEO COLLIDER OF THE DAY

Also featured in the series is Rose Leslie of Game of thrones the fame of Kirsten Longacre who, from the looks of the trailer, will follow Inspector Silva to the center of the mystery unraveling at the center of the series. Vigil was written and created by Tom edge, who previously wrote the screenplay for the 2019 film Judy, and is based on an original idea by George aza selinger. The series is produced by Simon heath and Jake lushington for Productions du Monde, as well as Gaynor holmes from the BBC, James strong, and Tom Edge. Filming for the series took place in Scotland.

The series originally aired on the BBC in August this year. Vigil will air exclusively on Peacock starting December 23. The limited series will consist of six 60-minute episodes. You can get a glimpse of the Underwater Mystery in the new trailer below:

Rose Leslie on HONEYMOON, GAME OF THRONES and THE LAST WITCH HUNTER by Vin Diesel

Game of Thrones star Rose Leslie talks in detail about her new intimate horror film Honeymoon and stars alongside Vin Diesel in The Last Witch Hunter.

Hilary Remley is a news writer at Collider. She recently graduated from SUNY Albany.