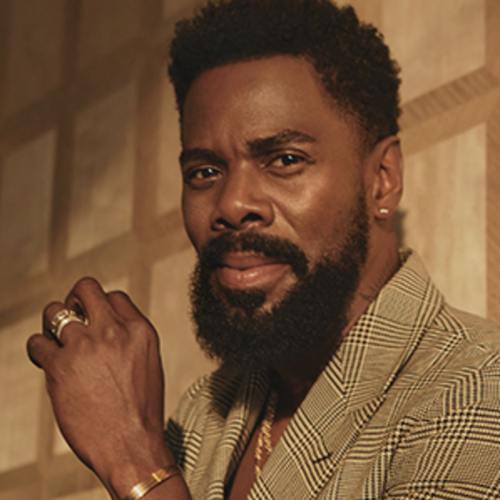 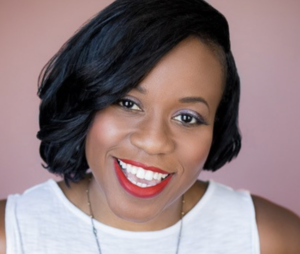 Westport, CT – Westport Country Playhouse will present a Script in Hand reading of the comedy/drama about midlife crises and aging parents, “Dot,” written by Colman Domingo, star of AMC’s “Fear the Walking Dead” and directed by Q. Smith, Monday, March 14 at 7 p.m. The live performance will be captured on film for on-demand streaming, Thursday March 17 through Sunday March 20. Script in Hand readings offer intimate storytelling as professional actors bring the words to life without sets or costumes.

“Colman Domingo’s ‘Dot’ invites us to come together to spend time with an extraordinarily funny and loving family in a time of profound uncertainty,” said Mark Shanahan, curator of the Playhouse Script in Hand reading series and Playhouse Radio Theater. “Domingo’s awe-inspiring piece is as unsettling as it is compassionate, addressing the bonds of family and friendship with intelligence and heart.

“Domingo skillfully crafts a family comedy that tackles big, tough issues that are sometimes too hard to talk about, and does so with an abundance of laughs and insight. The Shealy family is sure to strike a chord with many of us, and I’m sure our Playhouse Script in Hand audience will find plenty to discuss after spending time with these remarkable, brave, vulnerable, and hilarious characters.

In their West Philadelphia home, the Shealy family, led by the proud and lovable matriarch Dot, is ready to celebrate the Christmas holidays. But this year, the family must do more than exchange gifts as Dot’s memory begins to crumble. As her three adult children reunite, each with their own personal challenges to overcome, they must also struggle to figure out how to best care for their mother as she faces the difficulties ahead.

By turns funny and deeply heartfelt, playwright Colman Domingo has created a touching and irreverent play that speaks to the uncertainties of life as well as the power of love and family. Language and adult themes. The duration is approximately two hours, plus a 15-minute intermission.

Playwright Colman Domingo is an Olivier, Tony, Drama Desk and Drama League Award nominee, and an OBIE, GLAAD and Lucille Lortel award-winning actor, playwright and director. He stars in the AMC original series, “Fear the Walking Dead” as Victor Strand. Domingo also returned to the Cinemax series “The Knick,” as well as “Horace and Pete” and “Lucifer.” He starred in the Oscar®-nominated film “Selma” as Reverend Ralph Abernathy, directed by Ava DuVernay; “Lincoln,” directed by Steven Spielberg; “The Butler” by Lee Daniels; “Red Hook Summer”, “Passing Strange” and “Miracle at St. Anna” by Spike Lee; and “The Birth of a Nation” by Nate Parker. Domingo performed in London’s West End where he reprized the role he originated on Broadway in Kander and Ebb’s “The Scottsboro Boys”. In addition to “Dot”, Domingo is the author of “Wild with Happy”, “A Boy and His Soul”, “The Brother(s)” and “Up Jumped Springtime”. “Dot” received its world premiere at the Humana Festival at the Actors Theater of Louisville, directed by Meredith McDonough, and was later produced Off-Broadway at the Vineyard Theater, directed by Susan Stroman.

Director Q. Smith returns to the Westport Country Playhouse after attending the 2008 Annual Gala. Smith currently stars as Hannah and others in the Tony Award®-winning musical ‘Come From Away’. Smith was in the Broadway production of “Mary Poppins”, and was the first African-American to play a leading role in the series’ history. Also on Broadway, she was in the first revival of “Les Miserables”. Off-Broadway, she starred as Mabel Washington and recorded the soundtrack to “Fame on 42nd Street.She toured with the North American Broadway show “A Night with Janis Joplin”, playing the roles of Aretha Franklin and Nina Simone. Other notable credits include “Abyssinia: A Gospel Celebration” with Wynton Marsalis at Lincoln Center, “Showboat” in concert at Carnegie Hall, guest soloist for Hillary Clinton’s Vital Voices Global Leadership Awards at the Kennedy Center, and guest soloist at Barack Obama’s Inaugural Ceremonies. She shared the stage with Gladys Knight, Rita Coolidge and Gary US Bonds in “Smokey Joe’s Café”.

Script in Hand curator Mark Shanahan has appeared at the Westport Country Playhouse in ‘Around the World in 80 Days’, ‘Tryst’, ‘Sedition’, ‘David Copperfield’, ‘Journey’s End’ and over 20 Script Readings in Hand and directed readings of “Butterflies are free”, with Blythe Danner and Jonathan Groff, and “The most beautiful gift” by playwright Weston David Wiltse. He is the creator and curator of the Westport Country Playhouse Radio Theater and writer/director of the Playhouse radio adaptation ‘A Merry Little Christmas Carol’. New York’s acting credit includes “The 39 Steps”, “Small World”, “Checkers”, “Tryst”, “The Shaughraun”, “As Bees in Honey Drown”, and “The Internationalist”. His directorial work has been seen at the Alley Theatre, George Street Playhouse, Virginia Stage, Arkansas Rep, White Heron, Fulton Opera House, Weston Playhouse, Florida Rep, Penguin Rep, Merrimack Rep, The Cape Playhouse and many more. He has written numerous radio plays for White Heron’s Ghost Light series (starring Christopher Plummer and Judith Ivey, among others), and is the author of the hit Off-Broadway and regional comedy, “The Dingdong”; “A Merry Little Christmas Carol”; “A Murder at Fernly Hall”; and “A Sherlock Carol,” which premiered last fall Off-Broadway at New World Stages. www.mark-shanahan.net

The casting will be announced soon.

Tickets to attend the reading in person are $20. Tickets for on-demand streaming are $20 individual, $40 pair, and $80 household. Each purchase entitles the ticket purchaser to an individual link.

The next readings of Script in Hand will take place on June 13, November 14 and December 12, the titles will be announced. The Script in Hand Playreading series is supported by Stephen Corman and the Lucille Lortel Foundation’s White Barn program.

All dates, titles, artists and formats are subject to change.

All spectators must show proof of vaccination and booster and wear a mask anytime inside Westport Country Playhouse. The Actors’ Equity Association, the union for professional actors and stage managers in the United States, requires actors to perform only in theaters where the audience wears masks. For updates on Covid-19 health and safety protocols at the Playhouse, visit https://www.westportplayhouse.org/visit/covid19safety/

For buy tickets, visit westportplayhouse.org, call (203) 227-4177 or email This email address is being protected from spambots. You need JavaScript enabled to view it. . Stay connected to the Playhouse on Facebook (Westport Country Playhouse), follow on Twitter (@WCPlayhouse) and on YouTube (WestportPlayhouse).

Founded in 1931, Westport Country Playhouse turns 90and anniversary year. Westport Country Playhouse’s mission is to enrich, enlighten and engage the community through the power of professionally produced theater of the highest caliber and the welcoming experience of the Playhouse campus. The non-profit Playhouse delivers this experience in multiple ways by providing the highest quality live theater experiences under the artistic direction of Mark Lamos; educational and community engagement events to further explore stage work; the New Works Initiative, a program dedicated to the discovery, development and production of new live theater works; shows and special programs for students and teachers with extensive curriculum support material; Script in Hand performs readings to deepen relationships with audiences and artists; the renowned Woodward Internship Program during the summer months for aspiring theater professionals; Family celebration events to delight young and old and promote reading through live theatre; and the beautiful and historic Playhouse campus open year-round for entertainment and community events. Charity Navigator recently awarded the Playhouse its highest 4-star charitable rating in recognition of its strong financial health and commitment to accountability and transparency.