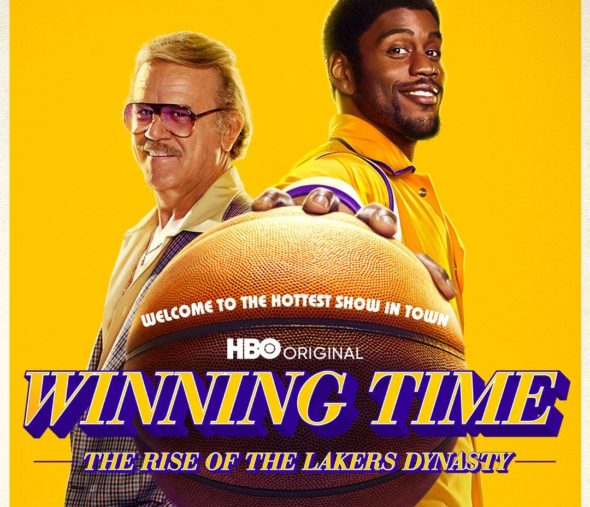 HBO revealed more about the upcoming series in a press release.

“HBO has released the official trailer for BUYING TIME: THE RISE OF THE LAKERS DYNASTY. HBO will also unveil an advertisement promoting the series this Sunday during the big game.

The ten-episode series debuts SUNDAY, MARCH 6 (9-10 p.m. ET/PT) followed by additional episodes on subsequent Sundays at the same time. The series debuts on HBO and will be available to stream on HBO Max.

BUYING TIME: THE RISE OF THE LAKERS DYNASTY is a whirlwind series about the professional and personal life of the 1980s Los Angeles Lakers, one of the sport’s most revered and dominant dynasties – a team that defined an era, both on and off the court.

Based on the book Showtime: Magic, Kareem, Riley and the Los Angeles Lakers dynasty of the 1980s written by Jeff Pearlman.

Check out the trailer for winning time below.

What do you think? Do you plan to check out this new series on HBO next month?