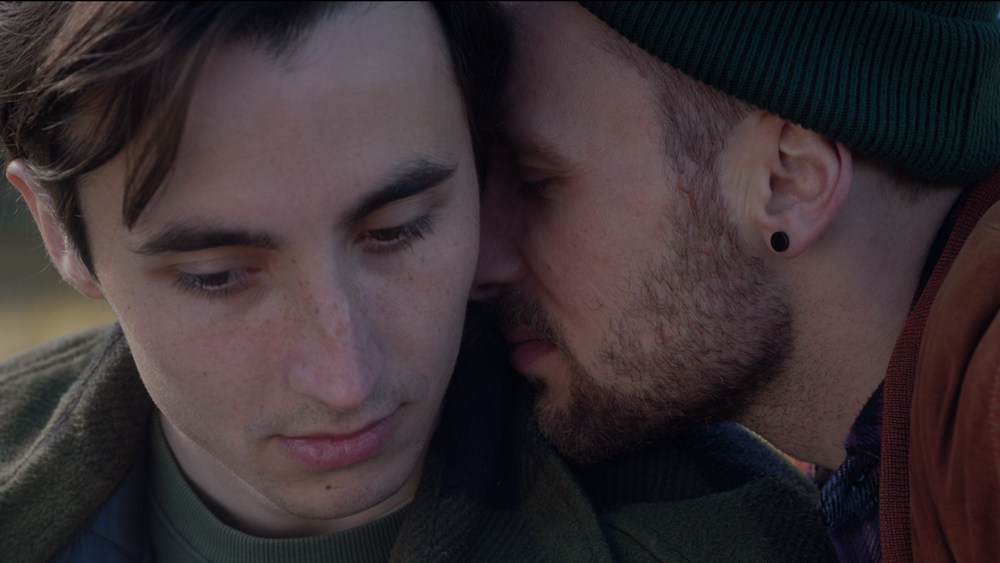 The industry section of the Karlovy Vary Film Festival Eastern Promises came to a close on Tuesday, with Yemeni abortion drama “The Burdened” winning first prize in the Works in Progress section. This followed a presentation of the projects on Monday, where a diverse lineup was presented.

Ten projects, at the end of production or in post-production, competed for the post-production services package and two cash prizes of €5,000, awarded by the jurors Dennis Ruh, director of European Film Market, Cosima Finkbeiner of Beta Cinema, TRT Cinema’s Esra Demirkiran, sound designer Michaela Patríková, and Ewa Puszczyńska, one of the producers of Oscar-winning “Ida”, and also the originator of the Karlovy Vary festival title “Fools “.

“I want to welcome you back after talking with you online for two years. Which was fun for us, but I don’t know how much fun it was for you,” the industry chief noted. Hugo Rosák, kicking off the pitches, which included Poland’s “Elephant,” about a country boy falling in love with another man. The film, which has already sold in the US, UK, Germany, in France, Switzerland and Austria, will premiere at the New Horizons Film Festival later this month.

“We like to think of ‘Elephant’ as ‘Call Me by Your Name’ which takes place in a small Polish village, with all the consequences [that come with it]said Jakub Mróz, co-founder and CEO of Tongariro Releasing, a distribution company specializing in LGBTQ+ films. The film marks its first step in production.

“Since I decided to become a director, I knew that my first film would be a queer story. Firstly because I am gay, so these subjects are important to me, but also because I saw this great emptiness in Polish cinema,” added director Kamil Krawczycki.

“When I was younger I needed this kind of film and I’ve never seen it. Now we know representation is important. I’m glad we can be a small part of that change.

Again mixing fiction and documentary projects, this year’s WIP selection welcomed a slew of very personal projects, including “The Burdened” by Amr Gamal (Yemen, Sudan), based on a true story and zooming in on a family in difficulty trying to get an abortion despite her community’s conservative stance.

“We actually witnessed this dilemma,” producer Mohsen Alkhalifi said, opening up about the struggles filming in Yemen.

“It’s a country without a film industry, where no one believes in cinema and where resources are limited. But there are many stories to tell the world. It’s a long and difficult journey, but I hope we can make our voices heard.

Documentary-wise, Georgia’s “Part of Society” will also reflect on the state of the LGBTQ+ community – this time in the Caucasus region. After her short film “Prisoner de la société”, nominated for the European Film Award in 2018, Rati Tsiteladze returns to the poignant story of the transgender Adelina, locked up for 11 years by her parents.

“When Adelina shared her story with me, it moved me deeply. I was touched by her raw honesty,” the helmsman noted. The film, co-written and co-produced by ArtWay Film’s Olga Slusareva, will be released in September 2023.

“I knew we had to make this movie, no matter the consequences. Being different means you are faced with a choice: be invisible for the good of society, or fight for who you are, even if it may cost you your life,” he added.

‘Windless’, a Bulgarian-Italian co-production, will also explore a somewhat complicated relationship with her past. Veselka Kiryakova produces for Red Carpet, alongside Alessandro Amato and Luigi Chimienti.

Sonia Ben Slama will take a closer look at traditional wedding musicians in her documentary “Machtat” (Lebanon, Tunisia, France, Qatar), as three women continue to perform despite their personal struggles. It wasn’t the only female-centric story, however, with Anna Dziapship revisiting her complicated family history in another Georgia documentary, “Self Portrait Along the Borderline.” Dziapshipa will direct, shoot and produce his first feature film for Sakdoc Film.

“The Visitors” director Veronika Lišková also embarked on a journey, deciding to follow her former classmate — and fellow anthropologist — to the world’s northernmost city, Longyearbyen.

“When I saw the first photos of this place, I thought, ‘I’m looking at a lunar colony. My fascination was also driven by its courage,’ Lišková said of the Czech-Norwegian-Slovak co-production, described as an intimate testimony to the feeling of belonging Kristýna Michálek Květová produced for Cinémotif Films, also with The Thousand Images and Peter Kerekes Film.

In another documentary, “The ice that still supports us”, Arko Okk will take up an old Estonian tradition: opening ice roads in winter.

“The Ice Road is a ghost road – no one knows when and where it will appear. It blurs the boundaries between people,” he said, with producer Sandra Heidov adding, “It upsets the daily balance and creates It’s interesting how frozen water melts something in people’s minds.

The filmmakers also mentioned their dream collaborator, who could hopefully provide the narration: Australian actor Geoffrey Rush, who will receive the KVIFF Crystal Globe at the closing ceremony.

“We have to ask the festival for help. Could they arrange a date? wondered Okk, chilling his audience with the film’s wintry images.

However, the atmosphere was further heated thanks to “Brutal Heat” and “Endless Summer Syndrome”. In the latter, produced by Gem Deger, Eva Larvoir, Cédric Larvoir and rookie director Kaveh Daneshmand, a family’s quiet life comes to a halt after a deeply disturbing revelation.

“Brutal Heat” – a road movie produced by Czech Republic’s nutprodukce and Slovakia’s Punkchart Films – will see a bored and lonely boy, tired of the hot weather and scared of the catastrophe that may or may not befall in the near future.

“When he finally reaches his destination, he realizes that he no longer belongs there. But he’s ready for the sequel,” director Albert Hospodářský said, calling the film, starring his own brother, “a low-budget labor of love and friendship.”

“We are toying with the idea of ​​presenting this film exclusively in open-air summer cinemas next year,” added producer Lukáš Kokeš.

“So the audience can really feel the heat.”